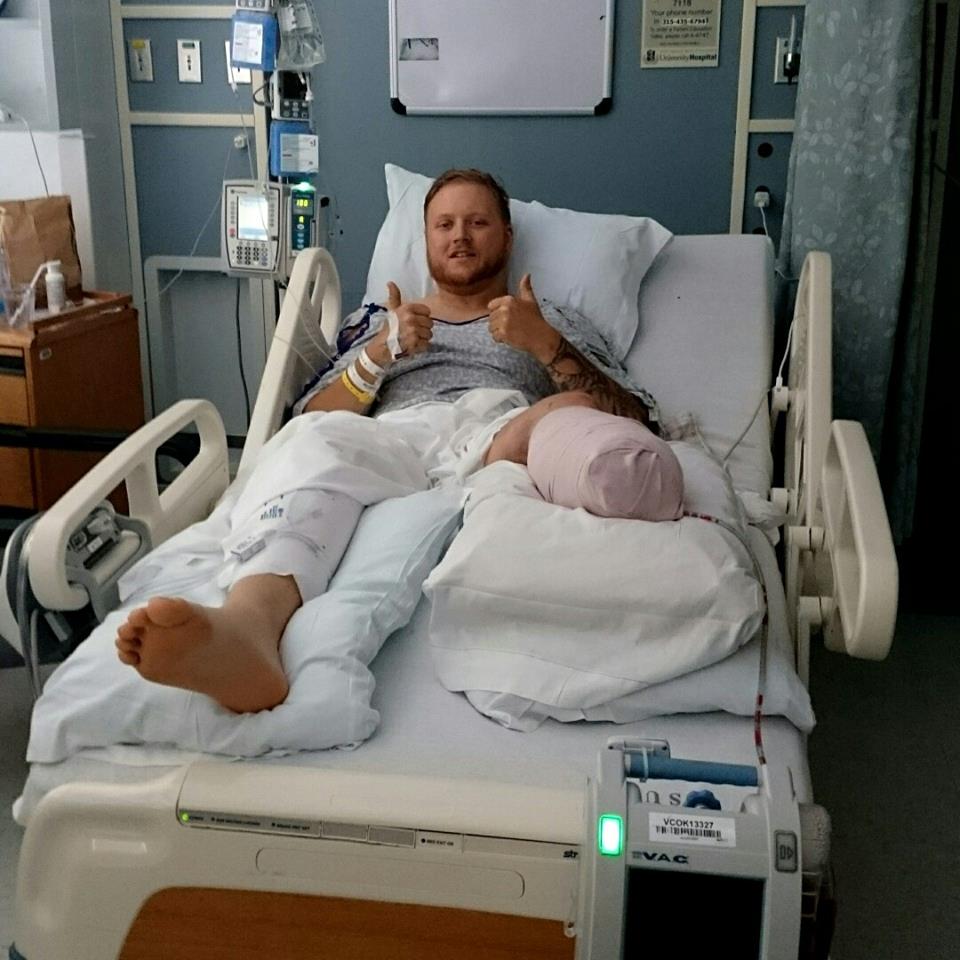 On June 29, 2015, Ky Sawyer left the gym, got on his motorcycle, and started his trip home to his [then] pregnant wife and three children. He had just finished lifting weights at the YMCA where he was preparing for the upcoming Watertown Red & Black Semi-Pro football season.  Ky was dominant defensive end in the 2014 season, a full time starter who amassed 20 tackles and three sacks over a seven game period. The upcoming 2015 season looked just as promising for him. However, Ky's grit, determination, and mental fortitude would soon be put to the test. At 10:00pm that night Ky was struck by an oncoming vehicle who failed to yield the right of way. The accident resulted in severe trauma to his left leg and hand.
Ky was emergency air lifted to Syracuse Upstate Medical University where he was treated for his injuries. Due to the severity of the injuries he ultimately had to undergo a below the knee amputation of his left leg.  Ky, 24 years old, with three young children and one on the way, now faced a  new set of obstacles. Obstacles in which Ky accepted as a challenge, a challenge that he vows to overcome using the same level of determination and intensity that led to his successes on the football field.
The Red & Black football team quickly stepped up to the plate in helping Ky, by raising funds to obtain a prosthesis. They dedicated their home opener on July 25 to Ky, and held a fundraiser on August 9.
After hearing of his story and the efforts made by the Watertown Red & Black football team,  Donald Holmes, CPO, Director of Prosthetic and Orthotic Clinical Services at Northern Orthopedic Laboratory, Inc., (1012 Washington Street, Watertown New York) wanted to help Ky and the Red & Black in providing the prosthesis.
Northern Orthopedic Laboratory has been providing prosthetic and orthotic services to northern and central New York for over 34 years. Being a small, community based practice, Mr. Holmes was deeply moved by Ky's story. He reached out to Ky and offered to donate his first prosthesis, a preparatory prosthesis which he will use during the rehabilitation process while his leg continues to heal.
“I first heard of Ky's story while watching the news, after hearing of his current situation (having a young family and newborn child), I felt that it was only right to help him in obtaining a prosthesis.” Mr. Holmes says, “After meeting with Ky and his family, I couldn't be any happier with my decision. Ky is confronting this new challenge with a type of mindset and determination that is unparalleled. ”
Now, three months later, Ky's residual limb has healed enough to begin prosthetic management. He has recently completed  physical therapy assessment to determine his physical capabilities and functional level (this is an essential component of prosthetic management as a persons' functional level is a key component in determining the design of a prosthesis), and, to no surprise, he achieved a perfect score. Ky hopes that once fit with his prosthesis, he will be able to return to the activities that he once enjoyed, which include playing with his children, playing football, riding his motorcycle,  weight lifting, and rock climbing.
On October 8 he was casted for his prosthesis. October 14, he took his first steps in his diagnostic socket. And on October 15, he walked out of Northern Orthopedic Laboratory unassisted on his own [two] legs.
“Ky offers a unique challenge to us”, Mr. Holmes says. “I feel our biggest obstacle is going to be restricting him in being overly aggressive with his physical activity while his residuum and soft tissue continue to heal. That being said, once the healing process is complete I see no reason why Ky won't be able to achieve his goals.” 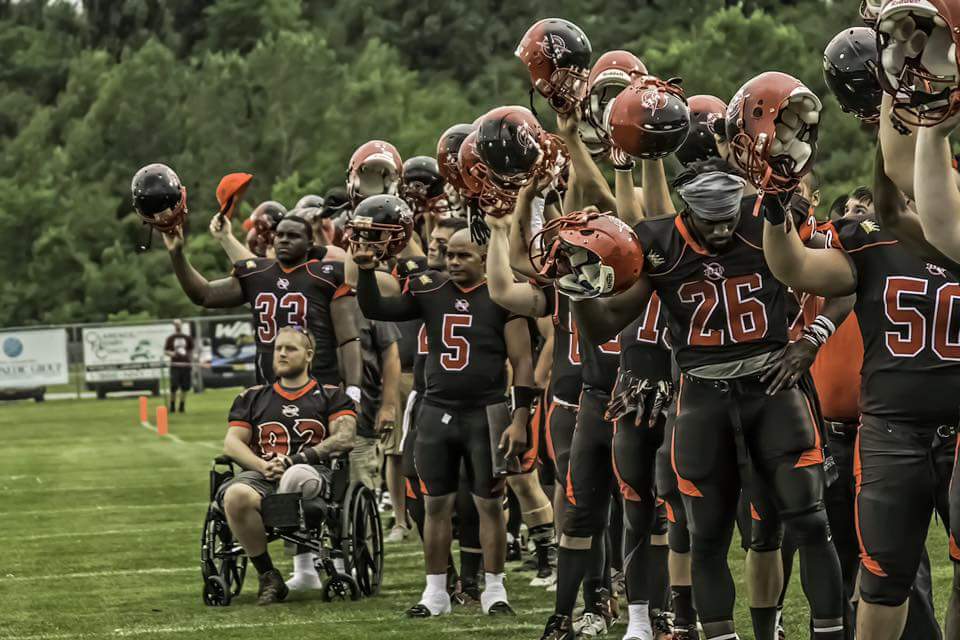