“In my experience as a prosthetist, I've learned that the success of an amputee [the ability of the person to adapt and overcome their physical challenges after loosing a limb] is often times directly correlated with the individual's mindset. Optimism and determination can go a long way, I've seen some of my patient's achieve some pretty extraordinary things,” says Donald Holmes, CPO and Director of Prosthetic and Orthotic Clinical Services at Northern Orthopedic Laboratory, Inc.
For Ky Sawyer, the above statement could not hold any more truth. Ky was involved in a motor vehicle accident on June 29, 2015 which resulted in a below the knee amputation of his left leg. After hearing of his story, Northern Orthopedic Laboratory, Inc. decided to lend a helping hand by donating Ky his first prosthesis. Ky received the prosthesis on October 15, 2015 and has been continuing to exceed expectations since.
Ky's mindset has been very straight forward throughout this entire process. As he explains it, “I've never really looked at this as anything more than just another injury, and I'm pretty used to injuries. I've been beating myself up [playing football and weightlifting] for a long time now. I'm motivated. I've been motivated since the night of the accident when I was laying in the street.”
The impact of his positive mindset can certainly be seen in the progress that he has made through prosthetic management. In the five short months since receiving his prosthesis, Ky has returned to many of the activities that he enjoyed before the amputation. He now walks unassisted, is back in the gym weightlifting and training, is a coach for the Watertown Red & Black football team (a team that he previously played for and hopes to return to once again as a player), and serves as an inspiration to his friends and family, the football players he coaches, and even those across the country who he has connected with via social media.
One of the more impressive feats that Ky has achieved can be witnessed by going to the local YMCA. An avid weightlifter and competitor, Ky works out everyday and is constantly challenging himself to reach new peaks of physical performance. To get a better understanding of Ky's physical abilities, the following are some of his weight lifting statistics; Hack Squats over 500lbs for 10 repetitions, Leg Presses over 550lbs for 25 repetitions, and has Deadlift max of 505lbs.
“The leg has held up really well, I haven't had any problems with it” Ky says in regards to the function of his prosthesis. “I do think that once I get a new prosthetic foot, bending for squats and dead lifts will be much easier and will help me to increase how much I can lift. My current foot is very stiff and doesn't allow for any bending at the ankle.”
Ky is currently using the original SACH foot (solid ankle-cushion heel foot, typically used for amputees with low mobility or who are just beginning prosthetic management) that he received with his preparatory prosthesis. However, now that he has increased his activity level and is ambulating independently, he is much better suited for a K4 rated foot ( a foot designed to meet the strength, flexibility, and durability in the highest functional level class).
Fortunately for Ky, he will soon be fit with a new, state-of- the-art, K4 level prosthetic foot that is one of the most highly rated and durable prosthetic feet available! Once he receives the new foot, Ky hopes that he will be able to increase how much he can dead lift with the goal of breaking the record for an amputee. He also hopes to compete in a competitive power lifting competition within the next year! Please stay tuned for Part 3 of our story as we continue to follow Ky's journey through prosthetic management. 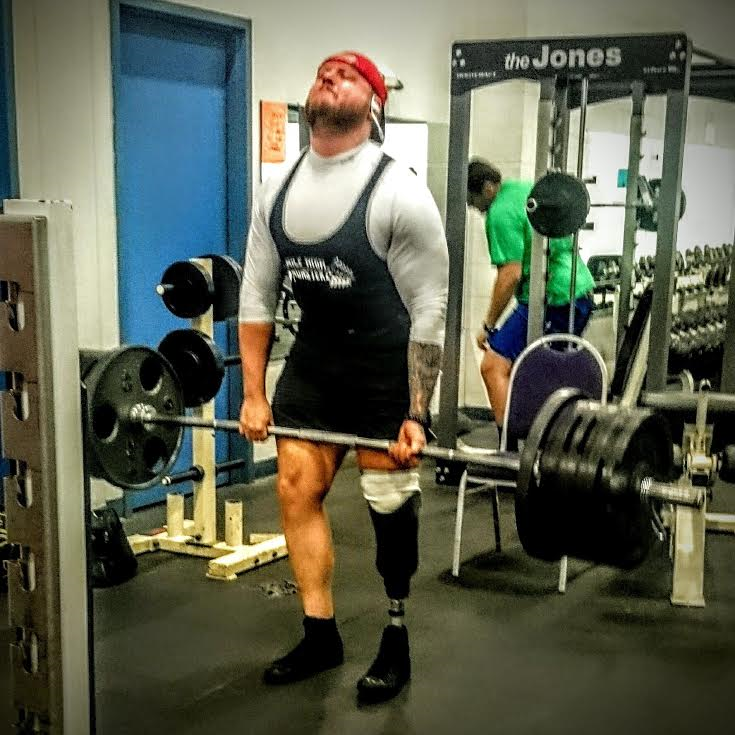